Thomas, now living in San Francisco, was born in 1942 in Fort Wayne, Indiana. His life as an artist is more by accident than design. This begins with his art training which is primarily the result of the study and completion of a BA in Landscape Architecture at The Ohio State University and an MLA at the University of California, Berkeley. Ingmire began to study calligraphy and medieval painting techniques in the early 1970's. One year of post graduate study was undertaken in the Art Department at California State, Los Angeles.
Ingmire was elected to England's Society of Scribes and Illuminators craft membership status in 1977. He was the first American to be accorded this honour. In 1980, Ingmire received a Newberry Fellowship for independent study and research at the Newberry Library.
Ingmire has become one of the forerunners of the calligraphic movement in the United States. He has taught calligraphy since 1978, conducting workshops throughout the United States, Canada, Australia, Japan and several countries in Europe.

Ingmire's teaching and his own work have focused on the exploration of the relationship between words and images.

His work has been exhibited widely in the United States and can be found in The San Francisco Public Library's Special Collections, The Newberry Library in Chicago, The Victoria and Albert Museum in London, The Sackner Archive of Concrete and Visual Poetry, as well as many other public and private collections throughout the world. 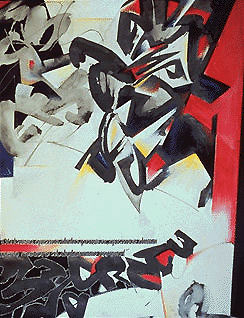